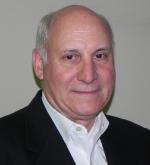 Gus Noojin retired as President and CEO of Shell US Gas & Power in 2004.  During his 35-year Shell career, he held a wide variety of technical, operating and executive posts.  He served as a director on the boards of Shell Oil Co., Shell Petroleum, Inc. and Enterprise Products Partners (NYSE: EPD).
Since retirement, Gus has been involved in community service with a focus on the education and development of young people.  He has been an active board member with a variety of Houston-area non-profits, including:  All Kids Alliance, United Way of Greater Houston, Houston Achievement Place, the Joint City/County Commission for Children, and the Houston Golf Association.  Noojin’s service to Cornell has included:  School of Chemical and Biomolecular Engineering Advisory Council, Cornell Engineering Alumni Association Annual Conference Chair, Cornell University Council and Alumni Advisory Board for the Atkinson Center. 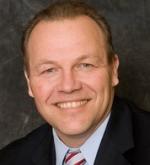 Paul Goodfellow joined Shell in Holland in 1991, following a period in the mining industry in South Africa and Finland. He holds a B.Eng. in Mining Engineering and a Ph.D. in Rock Mechanics and initially worked in a variety of Wells related roles throughout the Group before taking on broader leadership roles.
In 2000, Paul was assigned to Shell Exploration & Production Company (SEPCO) as the Operations Manager for Deepwater Drilling and Completions and in August of 2003 he took up the role of Wells Manager for the Americas Region. He was named Venture Manager for North America Onshore in July 2008, and in September 2009 he moved into the role of Vice President Development, Onshore for Upstream Americas. In January 2013 Paul was appointed Vice President Unconventionals for Upstream Americas and moved into the role of Vice President and Upstream Director for the UK and Ireland in February 2015. He took up his current role as the Executive Vice President Wells in April 2017 and is based in United States of America.
Paul is a Chartered Engineer and a member of the Institute of Mining and Metallurgyand SPE. He was appointed member of the board of directors for Shell Midstream Partners on October 2014, and took up the role as Chairman in April 2019. 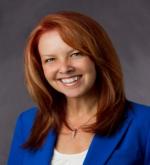 Regina Mayor serves as KPMG’s Global and U.S. Head of Energy and Natural Resources. She is a recognized thought leader on the disruptive trends facing the various segments of the energy value chain – from the impact of millennial and baby boomers on gasoline consumption to the rapidly changing demands in the power generation segment. Regina brings over 25 years of experience delivering largescale business and technology changes to major energy companies around the world.
Regina is an expert on energy trends and oil prices, frequently appearing on major TV news networks like Bloomberg, CNBC and Fox Business, and in top-tier business press including Reuters, Forbes, and The Wall Street Journal.
She is also a strong voice for women and inclusion and has been recognized for her advocacy.  In 2018, she was inducted into the Greater Houston Women’s Hall of Fame and named by Oil & Gas Investor as one of the 25 most influential women in Energy. In 2016 she was named one of Houston’s 50 Most Influential Women. She has been recognized by the Houston Business Journal as a "Who’s Who in Energy" every year since 2014 and “Women Who Mean Business” in 2017.  She was also featured in cover stories in both SHALE magazine and Oil & Gas Financial Journal in July 2016.
Regina served as an adjunct professor at Rice University’s Jones School of Business teaching energy strategy to professional MBA candidates and spoke at the Rice Energy Finance Summit in 2019.  She also serves on the boards of the Cornell Energy Institute and the Petroleum Club of Houston.
She holds a Bachelor of Science degree from Cornell University and a Master of Public Policy from Harvard University.  She was an officer in the U.S. Army Reserve and interned at the Pentagon as part of the Supreme Headquarters Allied Powers Europe (SHAPE) liaison office. Regina was born and raised in Pearl City, Hawaii, and currently resides in Houston, TX. 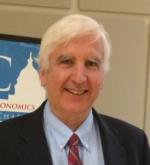 James C. McDonnell is the Chief Operating Officer of Avalon Energy Services, LLC.  Jim holds a Bachelor of Science in Geological Sciences from the College of Engineering at Cornell University and a Master of Business Administration in finance from Oklahoma State University.  He has worked extensively in the energy industry in a variety of capacities, including field operations, finance, economic analysis, planning, and consulting.
Prior to Avalon Energy, Jim was the CFO and a SVP of Pepco Energy Services.  He has also worked as a field engineer for Dresser Atlas, was a Manager with Anderson Consulting, and a Vice President with The Columbia Energy Group.  Jim holds the Chartered Financial Analyst (CFA) designation, is a Registered Professional Geologist in the Commonwealth of Pennsylvania and is a Certified Energy Manager (CEM).  Jim is also a past president of the National Capital Area Chapter (NCAC) of the US Association for Energy Economics (USAEE). 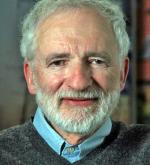 Dr. Nozik received his BChE from Cornell University in 1959 and his PhD in Physical Chemistry from Yale University in 1967. Before joining the U.S. DOE National Renewable Energy Laboratory (NREL) in 1978 (then known as the Solar Energy Research Institute (SERI)), he conducted basic and applied research at the Allied Chemical Corporation and American Cyanamid Corporation. Dr. Nozik is presently Senior Research Fellow, Emeritus at NREL and Research Professor in the Department of Chemistry at the University of Colorado, Boulder.
He has published more than 265 peer-reviewed papers and book chapters in these fields, as well as having written or edited 7 books, and has delivered more than 370 Invited, Plenary, and Keynote talks, and holds 11 U.S. patents. Nozik has served on numerous scientific review and advisory panels and received several national and international awards and honors in solar energy research related to photon conversion to photovoltaics and solar fuels. These include the 2016 Wilbur Cross Medal of the Yale Graduate School; a 2016 Honorary Symposium (entitled “Status and Prognosis of Future Generation Photoconversion to Photovoltaics and Solar Fuels”) celebrating lifetime contributions held at the University of Colorado; Honorary Nozik Director’s Graduate Fellowship established at NREL in 2016; the Thompson-Reuters Highly Cited Researcher in Chemistry designation in 2014; the ECS’s 2013 Heinz Gerischer Award and 2002 Energy Technology Research Award; the 2008 Eni Award (presented by President of  Italy); the 2011 ACS Esselen Award at Harvard; a Journal of Physical  Chemistry Honorary Festschrift Issue in 2006; the 2009 Research Award of the U.N. Intergovernmental Renewable Energy Organization; and an American Western Universities – U.S. DOE Laboratory Distinguished Lectureship in 1989.
Dr. Nozik was a senior editor of The Journal of Physical Chemistry from 1993 – 2005, and serves on several other journal advisory and editorial boards. He is a Fellow of the American Physical Society, the American Association for the Advancement of Science, the U.K. Royal Society of Chemistry, and the NREL-University Colorado Renewable and Sustainable Energy Institute (RASEI). Dr. Nozik is also a member of the American Chemical Society, the Electrochemical Society, and the American Association for the Advancement of Science, the Materials Research Society, and the Society of Photo Optical Instrument Engineers. 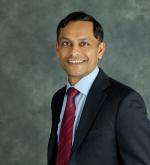 Himanshu Saxena is Chief Executive Officer of Starwood Energy and is responsible for supervision of the Firm’s investment program and strategy, as well as overall management of the Firm. Mr. Saxena sits on both the Investment Committee and the boards of portfolio companies. Mr. Saxena is also responsible for the development and management of the investment team. In addition, he maintains responsibilities for origination, structuring, execution, monitoring and exiting investments across the energy industry. Mr. Saxena has led the acquisition and development of numerous power generation and transmission projects and midstream and downstream assets in North America, with aggregate enterprise value of more than $11 billion.
Prior to joining Starwood Energy in early 2008, Mr. Saxena was an investment banker with JPMorgan’s global energy and utilities group. Before that, Mr. Saxena worked at American Electric Power, where he focused on managing financial risks in the power trading business and on optimizing a power generation portfolio. Mr. Saxena was previously a Chemical Engineer at industrial gas company Praxair, where he filed for several patents.
Mr. Saxena currently serves on the Advisory Board at Cornell University’s Program in Infrastructure Policy (CPIP), as a Board Member for the American Council on Renewable Energy (ACORE), and on the Advisory Council of Cornell Energy Systems Institute.
Mr. Saxena earned an MBA from Duke University, where he was a Fuqua Scholar, an M.S. in Chemical Engineering from Cornell University, and a Bachelor’s of Technology in Chemical Engineering from the Indian Institute of Technology (“IIT”) in Bombay, India.

Prior to joining Starwood Energy in 2008, Mr. Saxena was an investment banker with JPMorgan’s global energy and utilities group, where he advised on more than $10 billion in transactions. Before that, Mr. Saxena worked at American Electric Power, where he focused on managing financial risks in the power trading business and on optimizing a power generation portfolio. Mr. Saxena was previously a Chemical Engineer at industrial gas company Praxair, where he filed for several patents.

Mr. Saxena currently serves on the Advisory Board at Cornell University’s Program in Infrastructure Policy (CPIP) and serves as a Board Member for the American Council on Renewable Energy (ACORE). 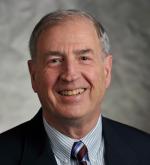 Dr. Shaw has managed venture capital funds focused on alternative energy technologies for nearly 30 years. As president of Aretê Corporation, he managed the Micro-Generation Technology Fund, a venture capital fund investing in small-scale alternative energy systems, from its inception in 1997 to completion at the end of 2008.  From 2007 until 2010, Dr. Shaw managed SC Green Tech Ventures for Sumitomo Corporation.  He continues to invest as an angel investor in a portfolio of alternative energy companies, focusing on advanced solar, hydrogen / fuel cell, and battery technologies.
Dr. Shaw served as chairman and a director of Distributed Energy Systems Corp (DESC)/ Proton Energy Systems (PRTN) from its inception in 1996 to 2007, as chairman and director of Evergreen Solar, Inc. (ESLR) from its inception in 1994 through 2005, and as a director of NanoPhase Technologies, Inc. (NANX).  He has served on numerous other corporate boards during his venture capital career.
Dr. Shaw was a member of the DOE’s Hydrogen and Fuel Cell Technical Advisory Committee (HTAC) for three terms, from its formation in 2006 until 2015, and he served as its chair from 2010-2012.  He also served two terms on the Board on Energy and Environmental Systems of the National Research Council.  Dr. Shaw received a Ph.D. in Applied Physics from Stanford University in 1968, MSEE and BEP degrees from Cornell University in 1964, and an MPA in Organization Design and Development from American University in 1981.  He has been a member of the Engineering College Council at Cornell University since 2005 and served as its chair from 2009-2012. He is also a member of the Cornell University Council. In addition, he served as a trustee, treasurer, and finance committee chair of the Society for Science and the Public.  He is a member of Tau Beta Pi, Sigma Xi, and Phi Kappa Phi, and has been listed in Who’s Who in America, Who’s Who in the World, Who’s Who in Finance and Industry, and American Men and Women of Science.  He is also a member of numerous professional societies, including AAAS, APS, ASES, ISES, NVCA, Solar Circle, and SVN.  Dr. Shaw writes and speaks frequently on investing in energy technologies, climate change issues, and investing in sustainable business. 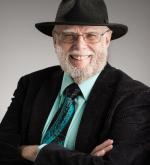 Bob Thresher joined NREL in 1984 and was appointed to the position of NREL Wind Energy Research Fellow in 2008. He has provided leadership for the growth and development of wind energy and the formation of the National Wind Technology Center. He has been internationally recognized as a visionary, leader, and architect of the national wind energy agenda. For over three decades he laid the foundation for wind technology advancement, nurtured its development, and remained a vigilant shepherd through deployment of those technologies. He has published extensively and is recognized internationally as one of the leading experts in research, development, and commercialization of wind technologies. Bob earned a tenured professorship in Mechanical Engineering at Oregon State University where he taught courses in Applied Mechanics and initiated pioneering researcher in the mechanics of wind energy systems during the 1970’s and early 80’s. Bob’s career recognition and accomplishments include: